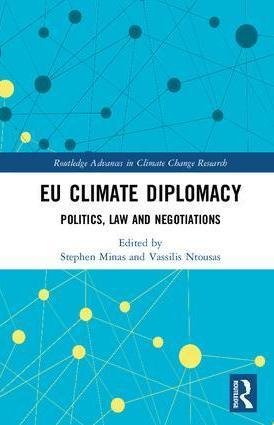 This book will extend knowledge of the EU as a key actor in climate diplomacy by bringing together leading practitioners and researchers in this field to take stock of the EU’s current role and emerging issues. Contributions will be grouped into three strands: 1) the interplay between EU climate diplomacy and internal EU politics; 2) how the EU’s legal order is a factor that determines, enables and constrains its climate diplomacy; and 3) the EU’s contribution to diplomacy concerning climate technology both under the Climate Convention and more broadly. Collectively, these contributions will chart the EU’s role at a critical time of transition and uncertainty in the international response to climate change.