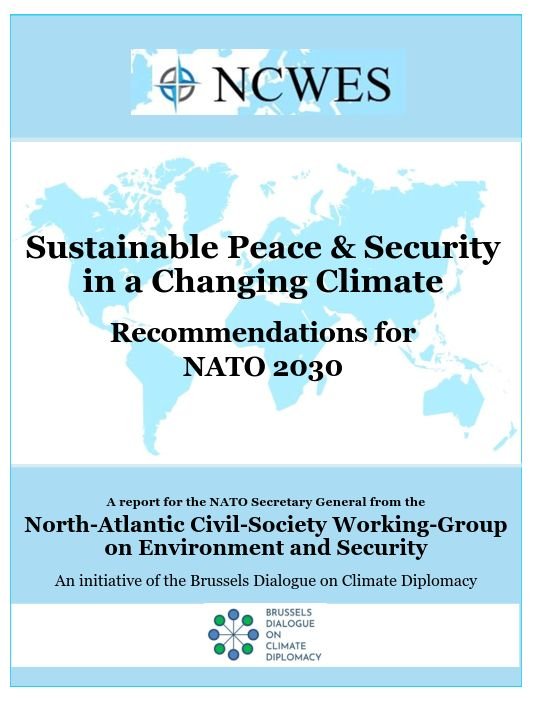 “Sustainable Peace & Security in a Changing Climate:Recommendations for NATO 2030”

Allied nations could commit to reducing emissions by their militaries and act to reduce the security threats posed by a changing climate and environmental degradation.

In the lead up to the Summit of NATO leaders in Brussels on 14 June, the alliance is preparing to include climate change among the top security issues to be addressed in the next ten years.An independent civil society working group has submitted suggestions on how NATO can take the needed action.On 23-24 March 2021, NATO Foreign Ministers approved a specific agenda on climate change and security. An action plan will follow to lay out what NATO will do to increase awareness by monitoring and tracking climate change, to operate in the new environment and to mitigate the effects of climate change.

The agenda on climate change and security was announced by NATO Secretary General Jens Stoltenberg in a joint press conference with and US Secretary of State Antony Blinken on 23 March. [1] The Secretary General said that “Climate change is a crisis multiplier. Climatec hange is making the world a more dangerous place. And therefore it matters for NATO and therefore NATO has to address climate change”. The actions planned concerns fully understanding the link between climate change and security, adapting missions and operations accordingly, and looking into how NATO members can reduce the use of fossil fuels in different military operations and missions.

According to Secretary General Stoltenberg, “Allied militaries are already stepping up to reduce greenhouse gas emissions and increase renewable energies. Using biofuels to power fighter jets. Integrating solar panels into soldiers’ combat gear. And planting trees on military bases to offset carbon emissions” Adding that, “My ambition for the NATO summit this year is a clear political commitment to plan for reductions in military emissions,contributing to the goal of net zero”. [2] 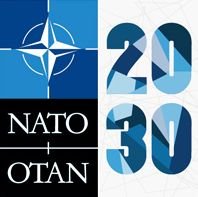 In December 2019, the NATO Allied nations' leaders invited NATO Secretary-General, Jens Stoltenberg, to lead a forward-looking reflection to strengthen NATO's political dimension.The Secretary-General will put forward recommendations to NATO Leaders when they meet at the next NATO Summit on 14 June 2021. To inform the Secretary General's recommendations with a wide variety of views and fresh thinking, NATO is engaging actively with Allied nations,experts, public and private stakeholders, and young leaders.

The NATO 2030 initiative was launched by the Secretary-General on 8 June 2020. Since then, NATO has been organising a series of thematic events o engage more in-depth with civil society, advocacy, and expert groups. These focus on the topics of climate and security, human security, economic security, and democracy.

"NATO has recognised climate change as a security challenge for many years.Now we are stepping up our efforts through NATO 2030. And I expect NATO Leaders to approve an ambitious action plan on the security impact of climate change at our Summit on the 14th of June. As part of our substantive and forward-looking agenda to deal with the challenges of today and tomorrow”. - NATO Secretary General Jens Stoltenberg  [2]

In response to the opportunity for civil society organisations to contribute input in the NATO 2030 process the informal NCWES was formed to exchange ideas and produce the report addressed to the NATO Secretary-General ahead of the NATO Summit of Allied leaders on 14 June 2021.

The report - involving 30 writers and contributors from among the 70 NGO and think tank representatives and individual members of the NCWES - contains 116 policy options and practical recommendations to be considered in the NATO 2030 process which can help strengthen NATO in a time of new environmental-related challenges in the interest of promoting sustainable peace and security for all.

Ronald A. Kingham, Coordinator of the working group and co-editor of the report said that“The 100-page report contains a synthesis of the interconnected security issues associated with global warming as well as a set of detailed measures which NATO and similar organisations can undertake to help mitigate and adapt to the security impacts of climate change and other environmental and human security challenges”.

In his forward to the report, Jamie Shea, Secretary General, Global Military Advisory Council on Climate Change and former Deputy Assistant Secretary General for Emerging Security Challenges says that "Climate change will impact significantly on the security of Allies and on the future tasks of their armed forces. So, it is not a moment too soon for NATO to undertake a comprehensive review of what it can contribute further, and what it needs to do to adapt better”.

Lead author and co-editor of the report, Olivia Lazard, Visiting Scholar, Carnegie Europe,wrote that "The notion of resilience is often thought of quite largely, except that security actors always fail to account for ecological resilience. This is a fundamental mistake. Climate change is one of many ecological crises facing us. The responses must start with ecology and expand from there”. She added that “The fight against biodiversity loss, environmental depletion and hazards is therefore central to the fight against climate change as well as against the collapse of food and water systems worldwide”.

These issues are intimately connected to the destabilisation of society, and eventually, toconflict at local, national, regional, and potentially international scales.

Reconceptualizing Risks and Security. In the chapter on Reconceptualizing Risks and Security Marie Lamensch, Ashley McIlvain Moran and others highlight that “Climate changeis not just a threat multiplier – it is a game changer to current socio-economic and political paradigms. When it is not handled preventively and collectively, it eventually leads to severe security implications, which will only increase over time as the level of disruptions increase."

The recommendations in the report include a wide range of actions which can / should betaken including with respect to energy transition, the role of the military in responding to4natural disasters, climate security issues in the Arctic and other regions, the geopolitics of rare earth minerals, the need for more education and training and on many other specific topics. For example:

Energy Transition. According to Olivia Lazard, Visiting Scholar, Carnegie Europe and Megan Richards, Visiting Senior Fellow at the German Marshall Fund of the United States, Brussels and their colleagues behind the chapter on energy transition, “The clean energy transition is not a silver bullet to address environmental degradation and climate change, although it is a necessary and important step. Demand rationalisation, research in re-usability, efficiency,and recyclability, as well as exploring new and innovative types of clean energy are key to ensuring that NATO Members, like others, head in the right direction for a transition to more sustainable energy and mobility."

Responding to Disasters. Recognizing that NATO is already active in civil emergency response through the Euro-Atlantic Disaster Response Coordination Centre (EADRCC), Georgios Kostakos, Executive Director of Foundation for Global Governance and Sustainability points out that “What is proposed here is a step change through a thorough reconceptualization of disaster response efforts and their incorporation into the mainstream of NATO activities, as the relevant needs are expected to mount in the coming years.”

NATO and the Crisis in Resilience Investment. On the financial side of these complex issues, Steven Herz, Senior Attorney/Senior International Climate Policy Advisor with the Sierra Club’s International Climate and Policy Campaign write that “In 2018, total defence expenditures by NATO members were about $930 billion - over 60 times international support for adaptation. ... Because NATO members spend so much more on traditional military capabilities than on strengthening resilience in vulnerable countries, allocating a relatively small percentage of existing and anticipated NATO spending would dramatically increase overall resilience spending.The members of the NCWES hope that their report will be helpful as NATO develops and implements its action plan on climate change and security.

Climate Change as a New Enemy. As former Dutch diplomat and EDRC Policy Director Alexander Verbeek said in a NATO Review article “Climate change is a new enemy. Not in the classic sense as one that you can fight in military operations. It has no flag, no leader, no combatants, nor a revolutionary manifesto. But it is a killer of people, it is operating worldwide to destabilize societies, and it is a risk that is gaining strength."3